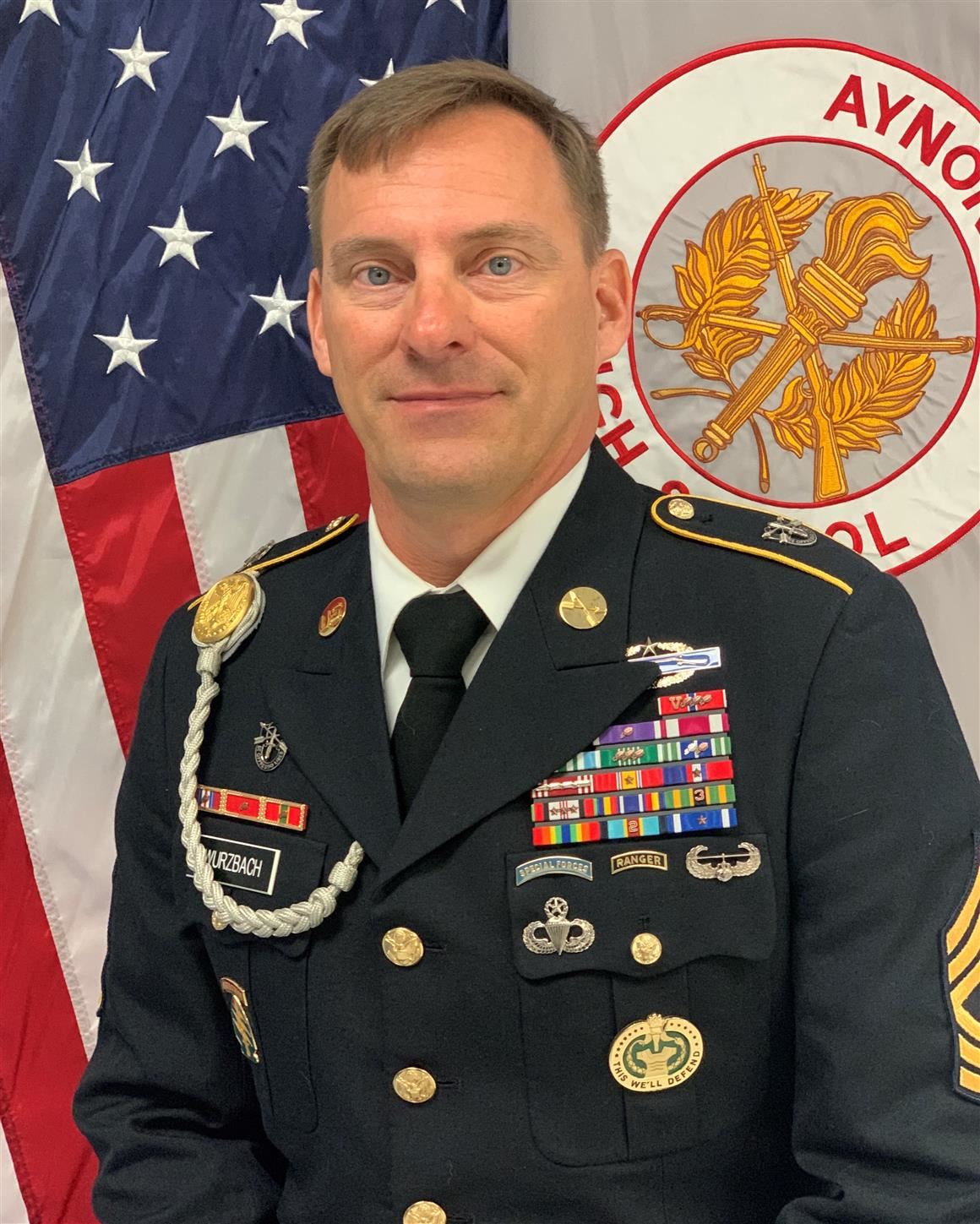 Master Sergeant (Retired) Karl Wurzbach enlisted in the Pennsylvania Army National Guard during his senior year of high school where he was a 4-year Air Force JROTC cadet.  After graduation he completed Infantry One Station Unit Training returning home and was assigned to Company C 1st Battalion, 112th Infantry.  Master Sergeant Wurzbach transitioned to the Active Army in January of 1993 where he was assigned to the Berlin Brigade’s 5th Battalion 502d Infantry Regiment in Berlin, Germany where he served as a machine gun crew member, Dragon missile gunner, and battalion awards clerk.   In the summer of 1994 Master Sergeant Wurzbach transferred to the 1st Brigade, 3rd Battalion 327 Infantry Regiment, 101st Airborne division at Ft. Campbell, Kentucky where he served in the Headquarters and Headquarters Company as an ammunition supply specialist and Company A as an automatic rifleman.  During this assignment he attended and graduated from the Air Assault and Combat Lifesaver courses.

In 1996 Master Sergeant Wurzbach attended the Special Forces Assessment and Selection course and was transferred to Ft. Bragg, North Carolina.  After completing Airborne school, he was assigned to the Special Warfare Training Center and School before being reassigned to the 3rd Brigade of the 82nd Airborne Division in the fall 1997.  He served in Company’s C and A of the 2nd Battalion 505th Parachute Infantry Regiment as an M203 gunner, Rifle Team Leader and Rifle Squad leader.  During this assignment he graduated from the Army Ranger school and deployed to Kosovo in support of Low Intensity Conflict and Peace Keeping operations.  In the Fall of 2000 he was again reassigned, this time to the 3rd Battalion of the 505th Parachute Infantry Regiment where he served as a Rifle Squad Leader and Reconnaissance Squad Leader.

After graduating from the Army Drill Sergeant School in December of 2001 he was reassigned to the Infantry Training Brigade at Ft. Benning, Georgia where he served as an Infantry One Station Unit Training Drill Sergeant with Company A, 2nd Battalion 54th Infantry until being again reassigned to the Special Warfare Center and School, Ft. Bragg, North Carolina in the summer of 2004. During this assignment Mater Sergeant Wurzbach attended the Special Forces Weapons Sergeant Qualification Course and Survival, Evasion, Resistance, and Escape (SERE) course.