Michael McCracken, principal at Aynor High School, was named the Administrator of the Year by the South Carolina Association 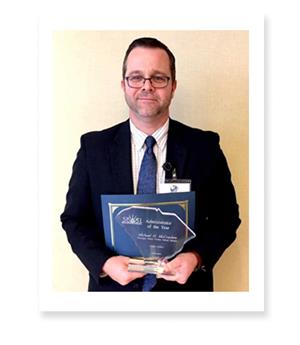 of School Librarians at the Association’s 43rd Annual Conference held March 14-16 in Greenville. McCracken was nominated for the award by school media specialist Dawn James.

The Award for Administrator of the Year was first presented by SCASL in 1979. It is presented each year to honor a school administrator who has made a sustained, unique contribution toward furthering the role of the library media center.  The award is sponsored by Follett.